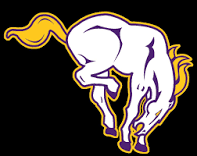 The cross country teams ran the Class 3A regional race Saturday in Goodland, qualifying three runners to the state meet this weekend.

Alex Luce was crowned the champion in the boys race. The sophomore ran the course in 17:66.88.

He finished ahead of sophomore teammate Austin Ritsema, who finished second in 17:31.22.

For the girls, senior Jordan Ortiz qualified for her second state meet. She finished 13th, running 22:54.88.

Those were the only qualifiers for the Broncs.

The boys finished fifth of 11 teams. They scored 133 points, with Holcomb winning the team title with 78 points.

Other placers for the boys were Isaac Jaques-Garcia (52nd) and Eric Munson (59th).

The state Class 3A, 5A and 6A races will compete Saturday in Lawrence at Rim Rock Farm, a course designed solely for cross country meets.