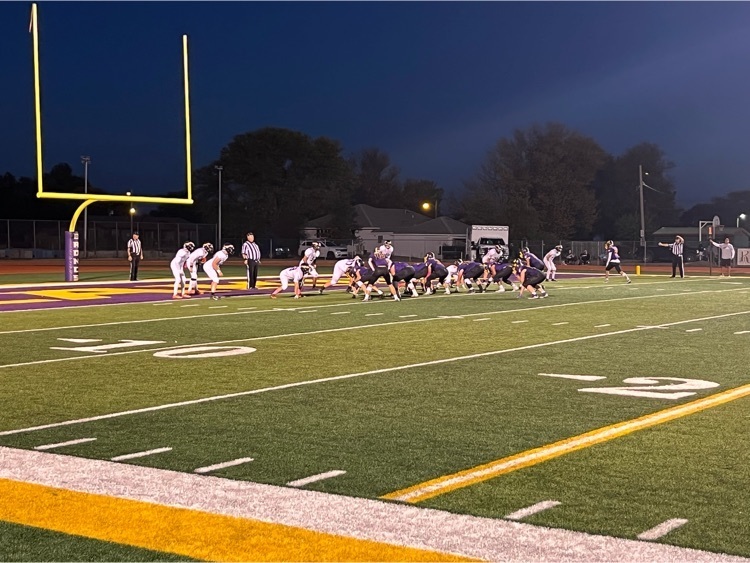 It was back and forth for most of the night, but a late flurry propelled the Broncs to a 44-38 home win over Larned Friday night.

With the win, which recognized five seniors and their parents, Lakin secured the second seed in District 7 and a home playoff berth Friday against Norton.

Trailing 26-22 going into the final period, Colter Oldham scored the second of his three touchdowns, a six-yard run, giving the Broncs a 25-26 lead.

The Indians answered with a touchdown on a 26-yard pass play to retake the lead, 32-28.

After long run by Javion Granado set up a 2-yard touchdown for Oldham. The 2-point conversion by Maddux Beltran put the Broncs up 36-32.

After the Indians fumbled the ensuing kickoff, the Broncs scored again on a 22-yard run by Ross Rider.

Larned responded with a 46-yard touchdown run on a quarterback keeper to close the gap to 44-38, but the Broncs were able to run out the clock for the win.

Oldham finished the game with 149 yards on 32 carries. Granado had 76 yards on eight carries.

Beltran, who completed five of six passes for 72 yards, had 13 carries for 48 yards and two scores.

Beltran gave the Broncs the early lead on an 8-yard run, but Larned scored on a pass play to cut the score to 8-6.

Oldham gave the Broncs a 14-6 lead in the first quarter on a 2-yard run.

In the second, Larned scored on a 89-yard run, but Beltran scored from the 1-yard line to give the Broncs a 22-12 halftime lead.

Larned took the lead in the third, 26-22, on runs of three and 15 yards to head into the final quarter.

Daryan Edgington had six total tackles, including two for loss and two sacks.

The Broncs finished the regular season at 6-2 and 3-1 in district play.

Their opponent, Norton, finished the regular season 5-3 (2-2 in district).