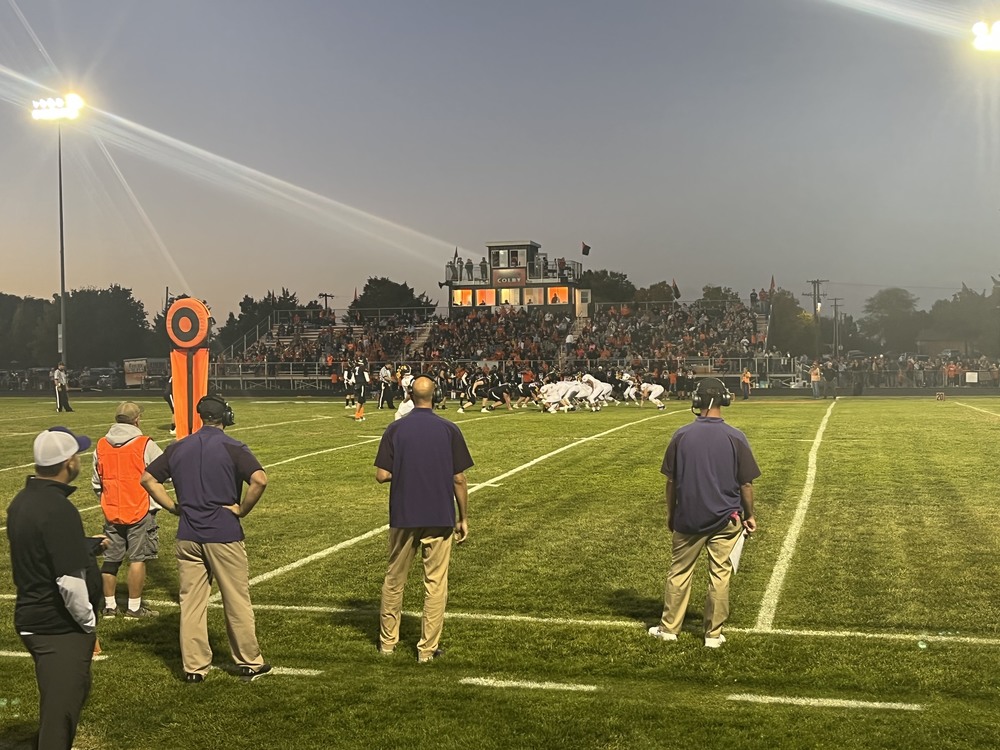 A late rally Friday wasn’t enough as the football team lost at Colby 22-20.

Trailing 22-14 in the fourth quarter, Colter Oldham scored his third touchdown of the game on a 6-yard run, closing the gap to 22-20.

Oldham gave the Broncs the early lead when he scored from two yards, but Colby countered with a 14-yard pass play to tie the game 8-8 after one.

Colby scored on a 1-yard run to take the lead in the second period before Oldham scored on a four-yard run and the teams were tied 14-14 at the half.

The Eagles scored on a 7-yard pass play and ran for the 2-point conversion to take their 22-14 lead in the third.

Lakin was flagged for seven penalties (51 yards), while Colby had three for 10 yards.

The Broncs are now 5-2 but 2-1 in district play. They will host Larned Friday in the final district game.