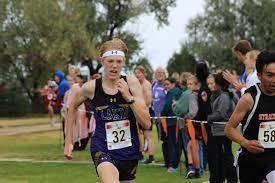 The cross country teams traveled to Hugoton Saturday for their third meet of the season.