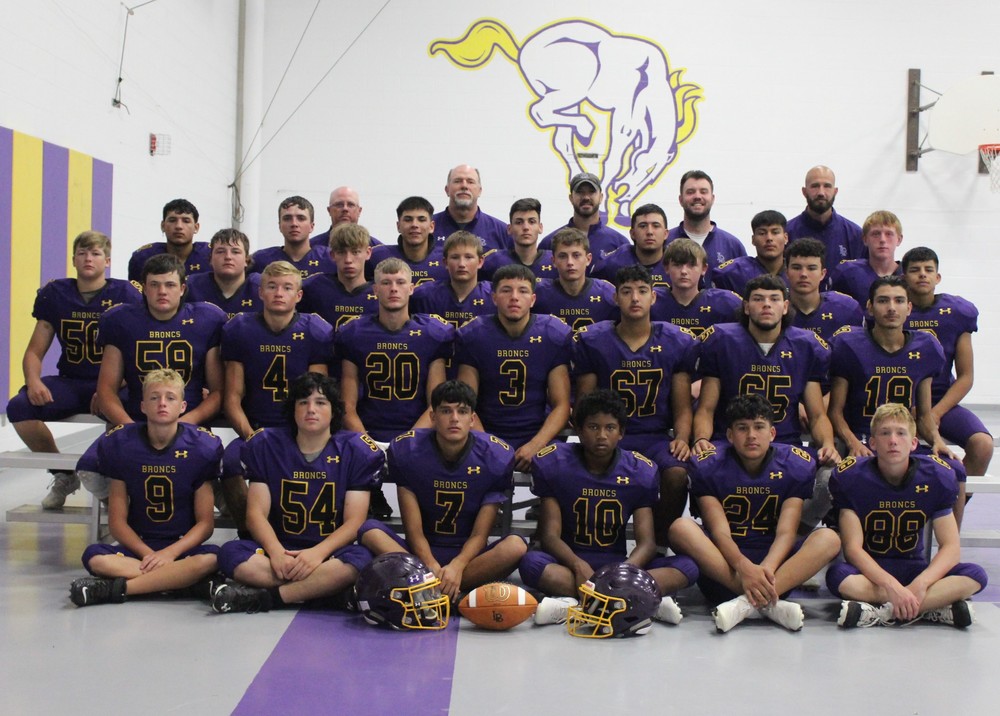 The Broncs inaugurated the new football field in grand style last Friday with a 63-6 trouncing of Elkhart.

Lakin scored six touchdowns on offense and two on special teams, and the defense held the Wildcats to just 70 yards on offense to open the 2021 season in grand style.

Allen Martinez scored the Broncs first touchdown with a 3-yard run, and Omar Gonzalez picked up a blocked punt in the end zone to give the Broncs a 14-0 lead after one period.

The Broncs scored four more times in the second period, with Martinez scoring from 10 yards out to put the Broncs up 21-0.

Senior quarterback Servando Gonzalez then scored on runs of 43 and six yards, while freshman Colter Oldham ran in from eight yards out to give Lakin a 42-0 halftime lead.

Servando Gonzalez scored from 42 yards out and Maddux Beltran from 18 yards to put the Broncs up 56-0 in the third.

Elkhart scored on a 5-yard pass in the running-clock final period for their lone score, but freshman Armando Salcido returned the ensuing kickoff 92 yards for the Broncs’ final score.

Lakin rushed 31 times for 267 yards and completed one pass for 25 to rack up 297 yards of total offense.

The defense held the Wildcats to 65 yards on the ground on 25 carries and just 1-of-14 passing for five yards.

Omar Gonzalez led the defense with six tackles and the one fumble recovery.

Salcido had an interception.

Spanish exchange student Aitor Curto was a perfect 9-for-9 on extra points, and four of his kickoffs landed in the end zone for touchbacks.

The Broncs (1-0) will travel to Stratford, Tex., Friday before returning home next Friday to face Goodland on Bike Night.