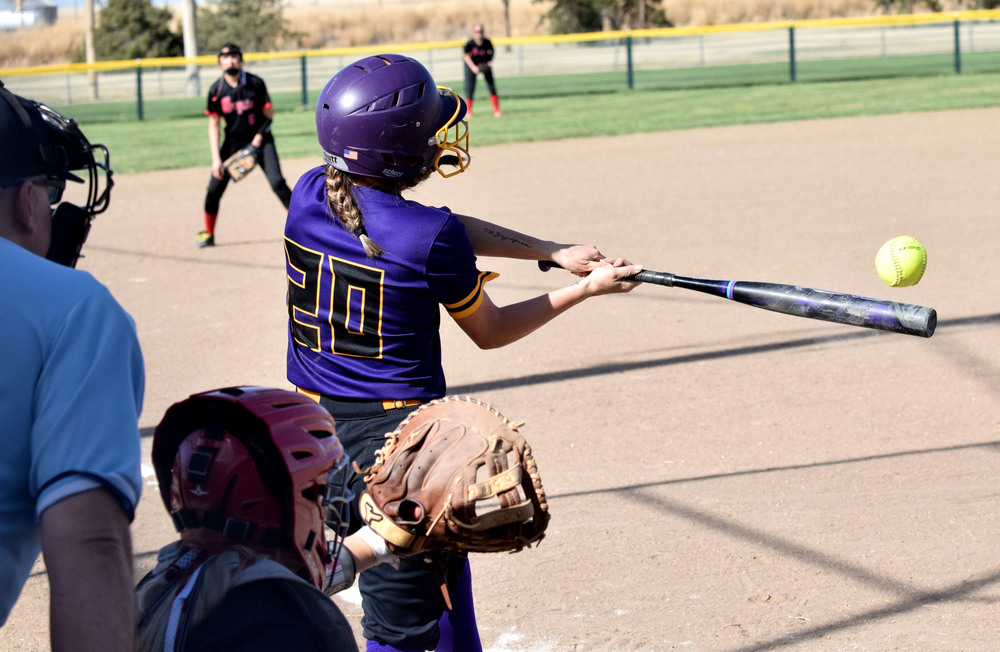 The softball team improved to 4-2 with a pair of wins over Southwestern Heights at home last Tuesday.
The girls took the first game 26-15 and came back in the nightcap to win 18-15.
In the first game, Lakin took a 10-1 lead after scoring seven runs in the second inning. But the Mustangs bounced back for eight runs in the top of the third to close to within one run.
Leading 14-3 after four, Lakin scored three more runs in the fifth and finished with nine in the sixth to run-rule Heights.
Lakin had 27 hits, led by four each from Isabell Ortiz, Jaya Esquibel and Talyn Beltran, all of whom scored four runs.
Esquibel had a triple and home run, while the team belted out six doubles.
Ortiz had four runs batted in to lead the team. She also had nine of the team's 27 stolen bases.
Taegan Bachman pitched the complete game, recording five strikeouts.
In the second game, Heights led 8-6 in the third and 15-13 in the seventh. That's when Lakin scored five runs in their last at-bat to get the win.
Esquibel and Beltran both had five hits and Sara Wright added three. Esquibel and Wright both had five runs batted in.
Esquibel and Beltran both hit a triple.
Cadence Brown pitched the first two innings and Ortiz pitched the final five.
Wright had five stolen bases.