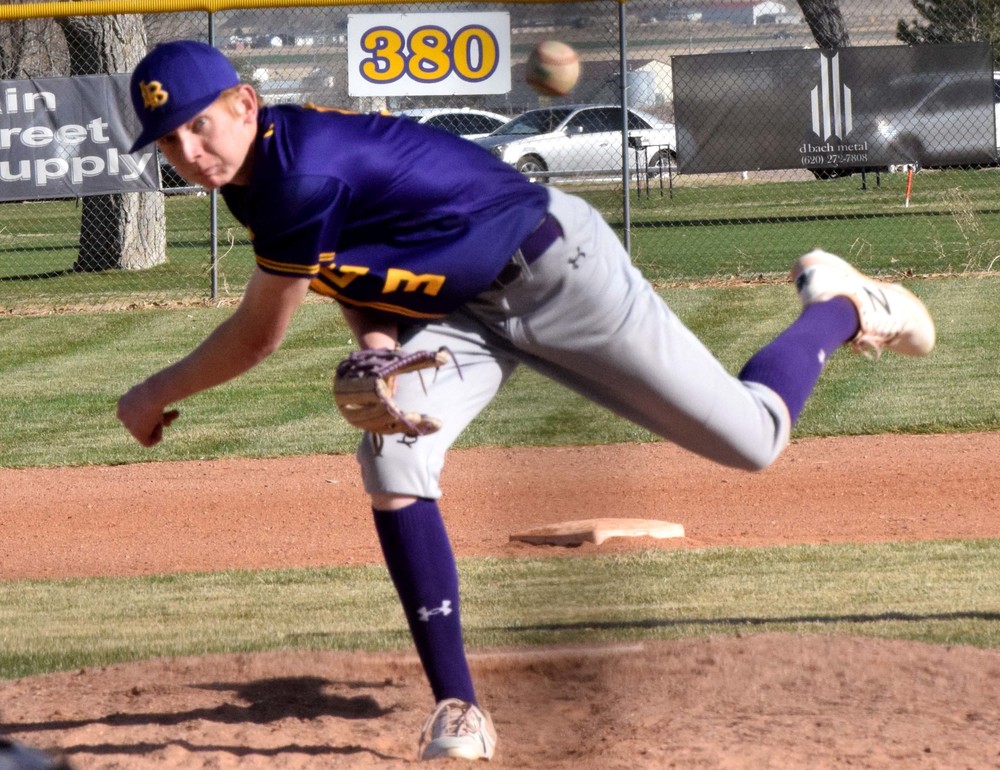 After a sweep over Syracuse in their season opener last Monday, the Broncs found the going a bit tougher Thursday, as they split with visiting Ulysses.

The Broncs took a 3-0 lead in the first inning but gave up four runs to the Tigers over the next two innings.

Lakin rebounded for five runs in the bottom of the third and two more in the fourth to take a 10-5 lead, and the pitching allowed just two runs over the next three innings to get the win.

Jace Bachman went 4-for-4 at the plate with two doubles, scoring three times.

He also had two of the Broncs’ five steals.

Lawson Beymer pitched three innings, giving up an earned run with one strikeout and one walk.

The Broncs had 11 hits to the Tigers’ six and committed three errors while the Tigers had none.

In game one, the Broncs late rally fell just short.

They trailed 7-1 after four innings, giving up a run in each of the first three innings and four in the fourth.

After giving up another run in the fifth and trailing 8-1 at that point, Lakin scored two in the bottom of the fifth, but Ulysses added two more runs in the sixth.

That’s when the Broncs attacked, scoring six runs to cut the lead to one at 10-9.

The Tigers, though, tagged on two more runs in the seventh and shut out Lakin in the bottom half to get the win.

Ulysses out-hit the Broncs 18 to 15, but Lakin had eight errors to none by the Tigers.