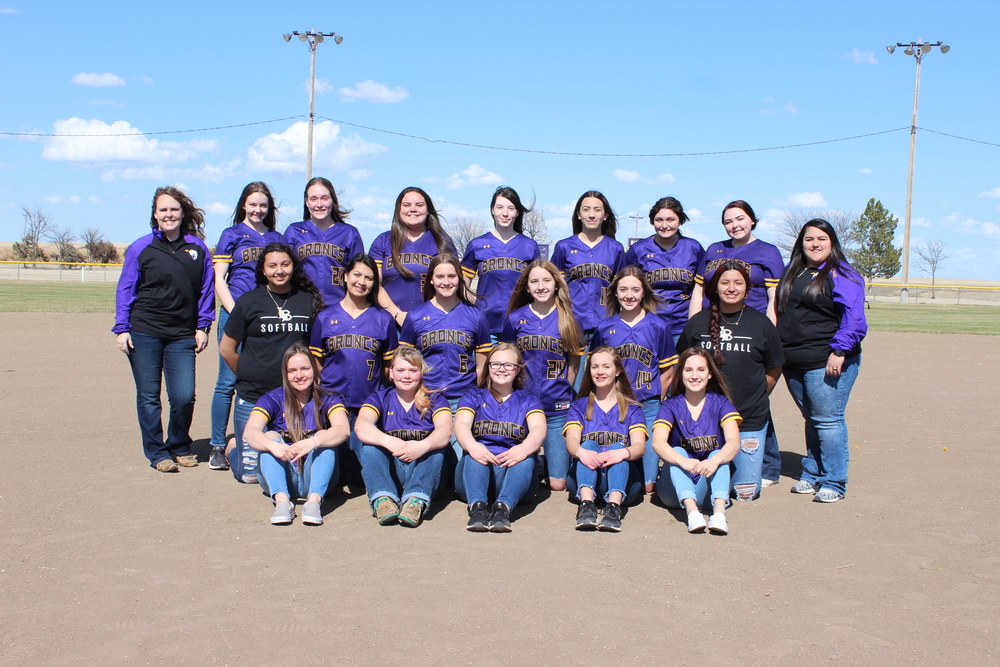 After missing the 2020 season, the softball got back in action last Monday with a road trip to Stanton County.

In a marathon night, the girls dropped the doubleheader 25-19 and

After the third inning the score was 11-10 with the Broncs down, but Lakin scored six in the top of the fourth and two in the fifth to take an 18-12 lead.

The Trojans scored 10 times in the bottom of sixth to get the win.

The team hit 16 times in 38 at-bats with nine strikeouts.

The Broncs stole 19 bases with Bachman leading with five.

Bachman struck out six and walked 10 in her six innings of work.

In the nightcap, the Broncs held a 5-0 lead before giving up four runs in the bottom of the second.

They led 7-4 in the top half of the fourth but gave up five runs. They scored three more in the fifth inning to take a 12-9 lead, but Lakin answered with four in the sixth to cut the lead to one.

The Trojans came back with seven more in the sixth, and the tree runs for the Broncs in the seventh were not enough.

Leading into RBI’s with two each were Brooke Groth, Jara Davidson and Talyn Beltran.