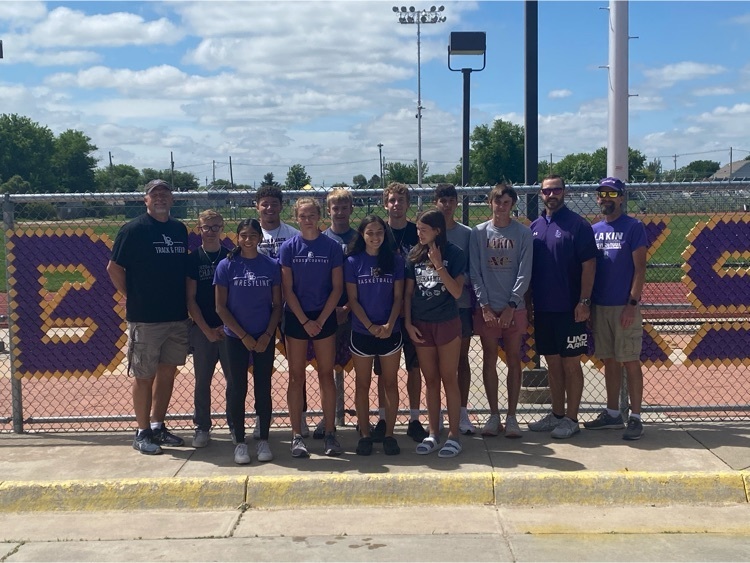 At the state track and field meet in Wichita Friday, the boys made the medal stand five times.

Brady Hendrix finished fifth in the 200-meter dash in 22.82 seconds. His prelim time was 23.12 seconds placed him in the eighth and final spot on the outside lane.

Servando Gonzalez finished ninth in the 200-meter prelims, running 23.13 seconds, just a hundredth of a second behind Hendrix.

Ty Davidson made the most of his senior season state appearance, placing seventh in the 400-meter dash, running 52.35 seconds in the finals after running 52.83 in the prelims.

Lakin made two appearances on the awards stand via relay teams.

The 4x100-meter relay team of Tarpley, Davidson, Hendrix and Gonzalez placed sixth, running it in 44.34 seconds.

The boys finished in 13th as a team, scoring 18 points.

The girls had two entries at state.

She cleared the opening high to 4=6 on her first jump and did the same on her next jump of 4-8, but she missed on all three attempts at 4-10.

The other entry for the girls was in the 4x400-meter relay to finish the meet.