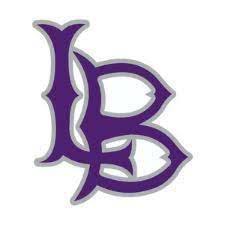 The Broncs baseball season came to an end Friday when they lost to Scott City 11-4 in the semifinals of sub-state at Colby.

Lakin held a 4-2 lead after the first inning and still led 4-3 going into the bottom of the fifth.

But the Beavers tied the game in their half of the fifth and then exploded for seven runs in the bottom of the sixth to get the win.

Jace Bachman and Bode McCormick each hit a double and Allen Martinez had two walks to lead the offense.

Bachman and Braden Fisher each had a run batted in.

Bachman was the starting pitcher, going 4.2 innings. He struck out nine, walked three and gave up two earned runs.

Monday’s opening round was delayed until Thursday because of rain in Colby.

Bachman scored on an unearned run in the third inning against Southwestern Heights, which proved to be the only run of the game in the 1-0 win.

Lawson Beymer had two hits to lead the Broncs.

Bachman started that game, going 1.1 innings and striking out three on a limited pitch count.

Beymer and Martinez pitched the rest of the game with each striking out five batters.

The Broncs finished the season 10-9.