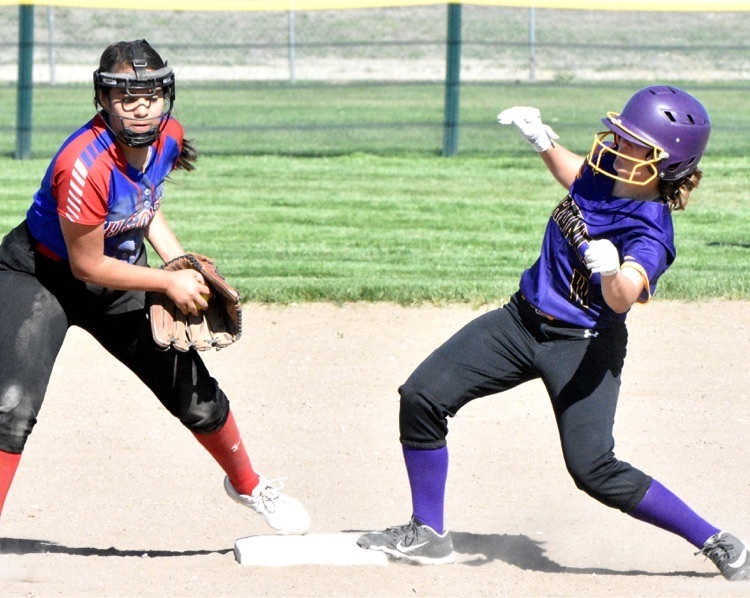 Softball Takes Two from Hugoton
Media Tech
Monday, May 03, 2021
The softball team took a pair of games from Hugoton last Thursday at home, 19-10 and 10-7 to even their record at 7-7.
In game one, The Eagles went up 6-0 in the first, but Lakin tied it by the end of two innings.
Hugoton scored two runs in the third, but the Broncs answered with four in the fourth, three in the fifth and six in the sixth to get the win.
Talyn Beltran had five hits in five appearances to lead the Broncs, who had 22 hits combined.
Jara Davidson had three RBI and Taegan Bachman and Cadence Brown had two each.
Davidson and Jaya Esquibel each had a double.
Bachman pitched all six innings in the win, striking out five and walking four.
In game two, Lakin scored six times in the home half of the first inning to get the win.
Lakin held a 10-2 lead after four innings, holding off the Eagles, who scored five times in the final three innings.
The Broncs had 18 hits, led by Davidson's four and three from Isabell Ortiz.
Beltran had two doubles and Bachman and Munson one apiece.
Brown pitched all seven innings, striking out five.