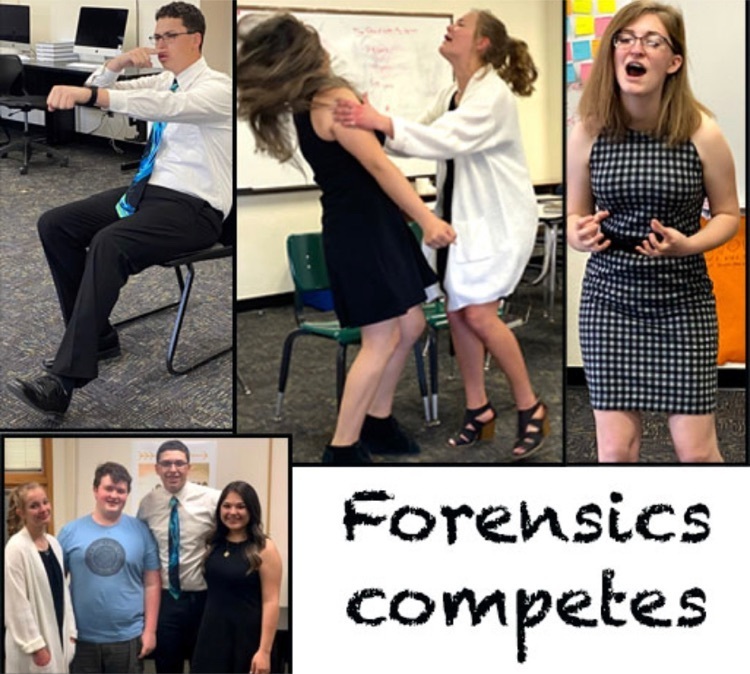 Forensics Team Scores Well
Media tech
Wednesday, April 14, 2021
The forensics team performed at another virtual meet April 13 and met with success.
Kyle Hartman took first for humorous solo and then teamed with Conor Jones to place third in Improv Duet.
Cristy Ramirez and Emily Munson placed first in Duet with their piece  “The Best Escape” by Caroline West about two high school girls who were caught changing grades on a teacher's computer, locking the teacher in a closet, and then trying to plan their way out of it.
Ramirez also placed first with her Serious Solo piece "The Big C" by John C. Havens, a piece about a woman battling cancer.
Munson placed fourth in Serious Solo.
Taylin Ansel also performed her serious piece, "Why Am I Not Good Enough?" by Olivia Vella.
The forensics squad has competed virtually all season. They set up a Zoom-like meeting via computer and perform live for judges.