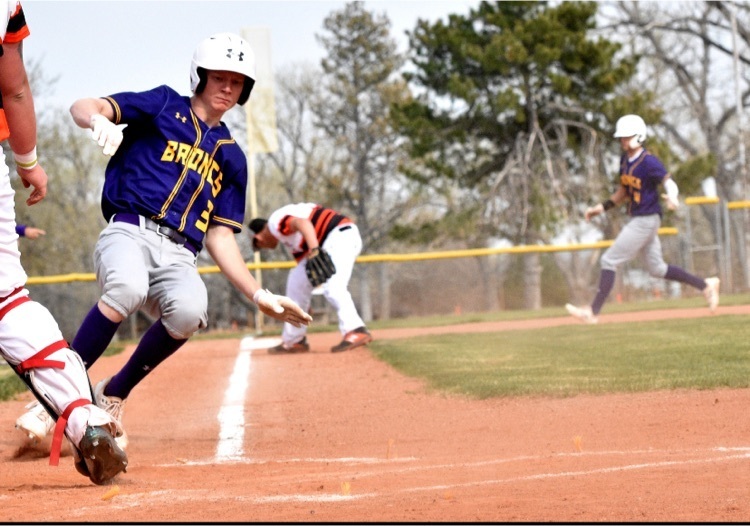 Baseball Splits with Elkhart
Media tech
Wednesday, April 14, 2021
The baseball team got a split at home against Elkhart last Monday, losing the first game 15-7 but taking the nightcap 7-5.
In game one Lakin held a 5-0 lead after three innings but gave up eight runs in the fourth and six more in the sixth.
Eight of the Elkhart runs were unearned as Lakin committed seven turnovers.
The Broncs out-hit the Wildcats 11-10, with Jace Bachman collecting three of those.
Braden Fischer went 2-for-4 with a pair of doubles.
Bachman and Kade Lovelady each stole a base.
Bachman pitched the first five innings, giving up just four hits while striking out six and walking two.
In game two, Lakin took a 3-1 lead after an inning but Elkhart went ahead 4-3 in the top of the fourth.
The Broncs scored three runs in the bottom of the fourth and another in the fifth to get the win.
Lakin out-hit Elkhart 11-10 with Lovelady, Allen Martinez and Bode McCormick getting two hits each.
McCormick's double was the only extra-base hit for Lakin.
Bachman stole both bases for the Broncs.
Martinez pitched the first four innings, giving up just one run on three hits while striking out three.
The Broncs stand at 5-5.