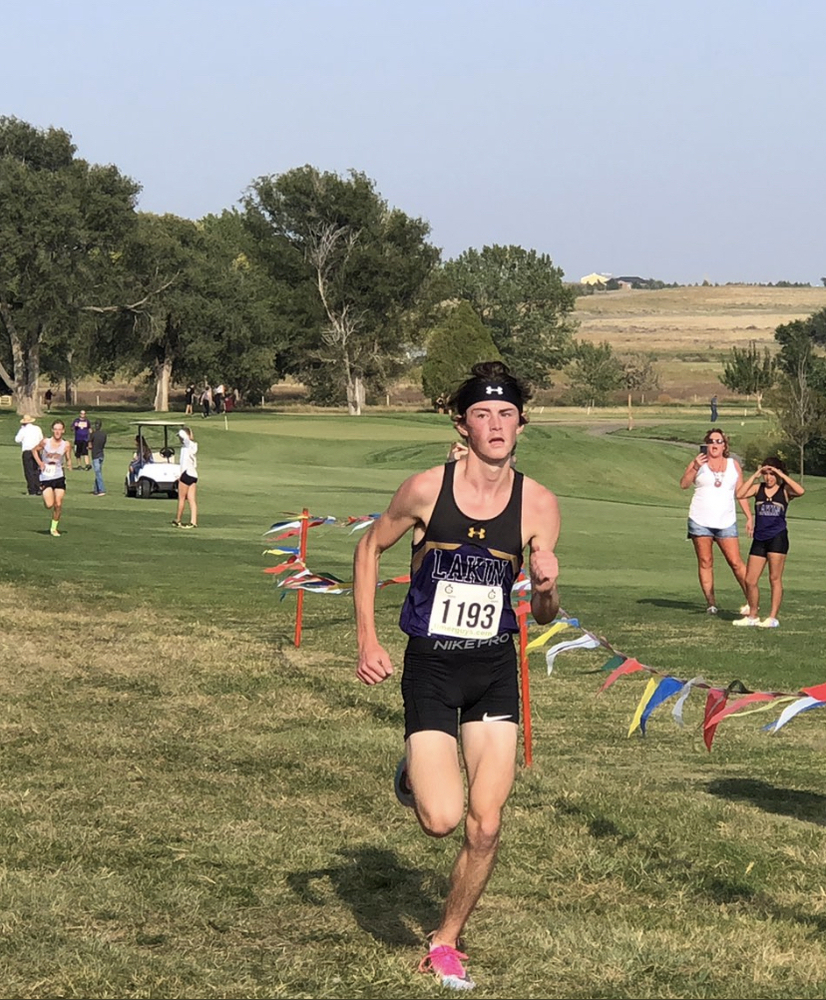 Sophomore Lawson Beymer was behind in second place and kicked it in the last mile to finish as the Hi-Plains League champ.

Beymer finished his race with a time of 17:18.96, nearly nine seconds ahead of Stanton County's Kamryn Golub.

The Broncs scored 43 points, while Stanton County won the title with 31.

The girls had sophomore Jordan Ortiz placing seventh with a time of 22:36.56 as the lone Bronc medalist.

Stanton County won the girls' title with 20 points. Heights was second with 41, and Lakin third with 700.

Lakin will host the 3A Regional this Saturday at the golf course.

The top two teams will qualify for the state meet.