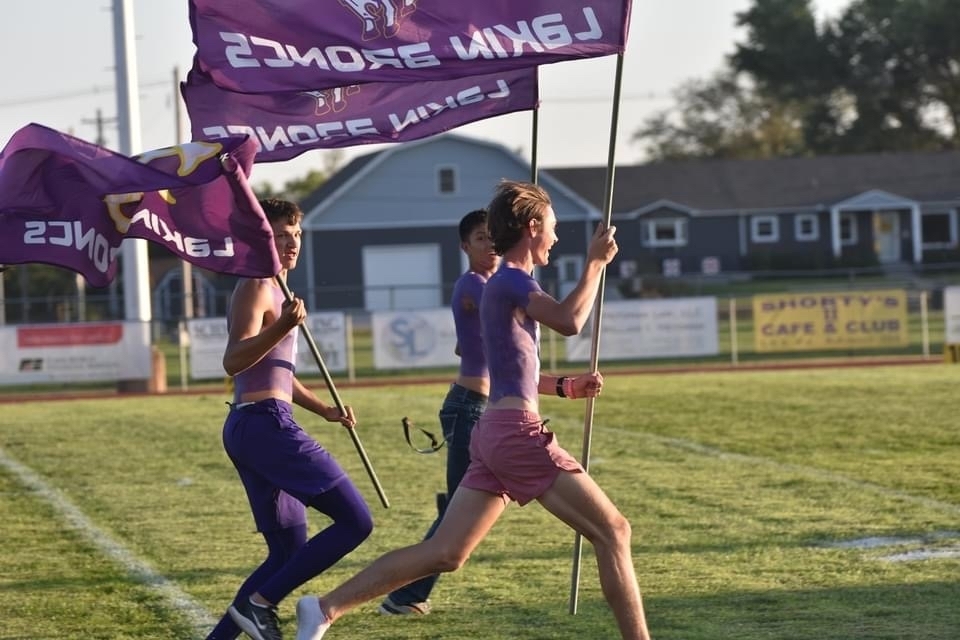 Last Friday at the Homecoming game the Broncs played Ellis and beat them 18-12 to open district play.

The Broncs scored in the first quarter on Servando Gonzalez's 29-yard run.

Gonzalez scored from one yard out in the second, and he hit Connor Hudson for a short two-yard strike in the third to go up 18-0.

Ellis came back in the fourth period, scoring twice to cut the lead to 18-12.

On their final series, Ellis threw a pass into the end zone, but Gonzalez stepped in front of it and picked it off, securing the Broncs' win.

Gonzalez led the team with 47 yards on 4-of-7 passing.

Hunter Davis had 97 rushing yards and Gonzalez had 77.

Allen Martinez led the team with 35 receiving yards. He also had seven tackles for the team lead.

Lakin outgained the Railroaders 297 yards to 252.

The Broncs evened their record at 2-2 but start district play now at 1-0.

They travel to Southwestern Heights Friday and host Cimarron next week.