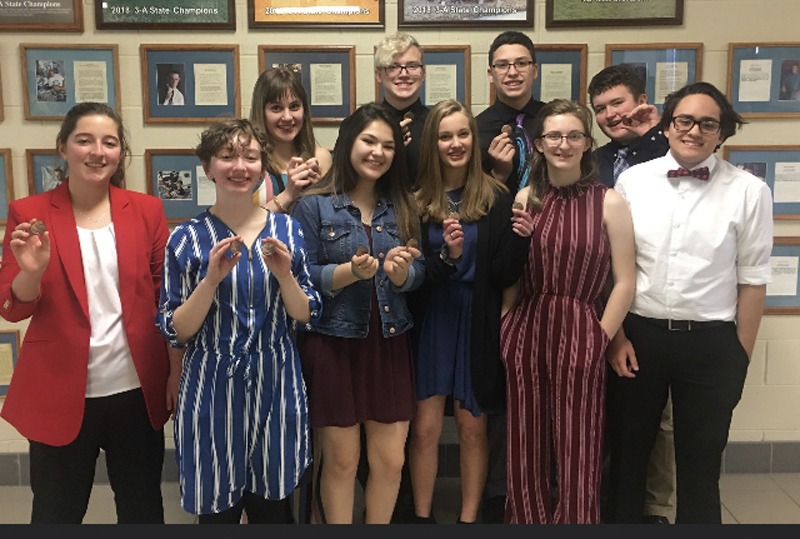 The high school forensics team traveled to Scott City on Saturday, where they finished fourth.
Ethan Horton and Meagan Ritsema got the team's only first place, that in Improv Duet.
Kyle Hartman and Conor Jones were third and Kaitlyn Peters and Katie Harker were fourth.
Hartman was also third in Humorous Solo.
Peters also placed fourth in Poetry.
Cristy Ramirez placed fourth in Dramatic Solo.
Emily Munson was fourth in Impromptu, while she and Ramirez were fourth in Duet.