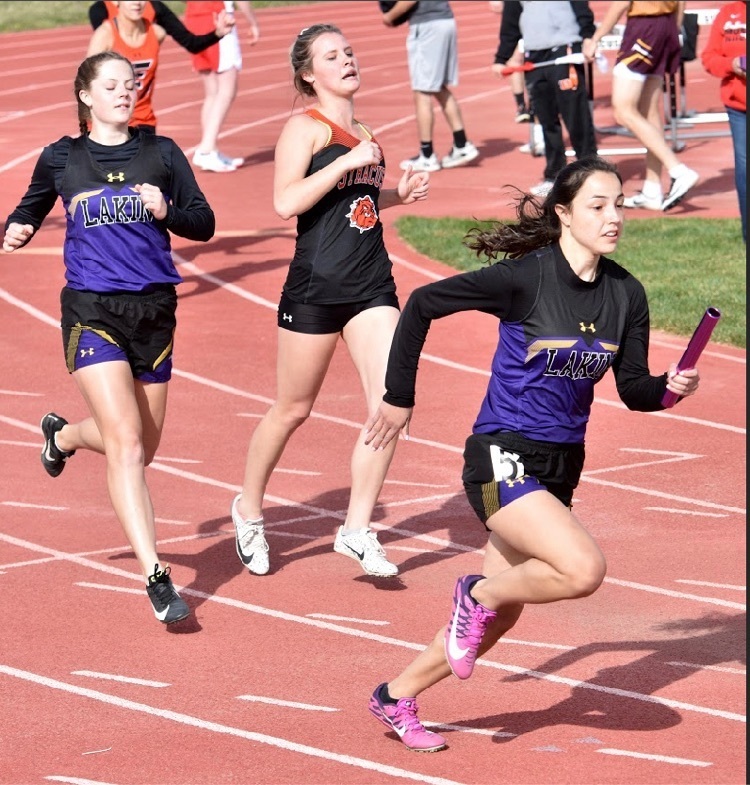 Girls Win Syracuse Meet
Media Tech
Wednesday, April 14, 2021
Last Monday, the Lakin track team traveled to Syracuse for a pre-league meet involving all seven league schools.
The girls took first place with a total of 119 points, ahead of Stanton County's 112..
In field events, senior Jordan Webb took first place in discus with a throw of 85-06.
Anne Sophie Van Der Knapp got second place in high jump with a jump of 4-08.
She also placed third in triple jump while Ryan Ryder placed second with a jump 31-09.
In the open 100 meter dash, Erin Urie placed second with a time of 13.69.
Urie also got third in the open 200 meter dash.
Jordan Ortiz got second place in the two mile with a time of 14:04.35.
Van Der Knapp secured third in the 300 meter hurdles while Staija Dohogne took third in the 100 meter hurdles.
In the relays, the 4x800 team and the 4x100 got second with times of 11:11.91 and 54.51.
The 4x400 team took a third place title.
This is the girls' first time winning a meet this season, finishing second in the first two meets.